Back to All News

Mother Nature Network: These 5 groups are still feeding the hungry in the Florida Panhandle 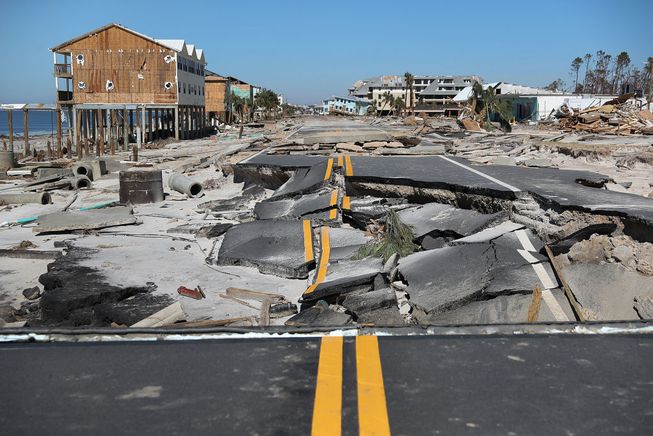 When Hurricane Michael hit Florida's Panhandle in early October, it caused billions in damage and displaced many residents from their homes. This was a historic storm — the third most powerful hurricane to hit the United States' mainland — and one that captured the nation's attention. Cleanup and rebuilding are underway, but it will take years to finish the task. In the meantime, many of those affected by the tragedy still need basic assistance, including food.

These are a few of the organizations helping feed the hungry in Florida and how you can help from wherever you are.

1. Feeding Florida: Florida's statewide food bank is working overtime to support those affected by the storm. They're helping at refugee shelters and "staging food for entry into the disaster areas." They also have mobile pantries that can go into affected areas.

How you can help Feeding Florida: Food banks can work magic with cash. Feeding Florida says for every $1 donated, it's able to provide $7 worth of food to those in need. Anyone can make a tax-deductible donation to help.

2. World Central Kitchen: When Hurricane Maria devastated Puerto Rico, World Central Kitchen served more than 3 million meals, more than any other organization. The nonprofit, which was founded by Chef José Andrés after the 2010 earthquake in Haiti, set up in Florida before Hurricane Michael hit and served 45,000 meals in the first five days after the storm. They're still at it, anticipating that they'll ultimately serve 300,000 meals. The food served, often cooked and served by chefs, includes smoked BBQ pulled pork with a corn relish, lemon pepper pork chops with ginger garlic fried rice and Brussel sprouts, and homemade chili with fresh salad.

How you can help World Central Kitchen: The organization accepts tax-deductible donations (scroll down to bottom) to help them reach their goal of serving 300,000 meals.

Food is one of the most basic necessities after a natural disaster like Hurricane Michael, but the need doesn't go away as quickly as it fades from the headlines. (Photo: addkm/Shutterstock)

3. Operation BBQ Relief: In 2011, when a tornado hit Joplin, Missouri, volunteers from BBQ competition teams in eight states came together to help feed families and emergency responders. Operation BBQ Relief was born out of those efforts and has since served over 2.1 million meals in 25 states. It's now actively deployed in Tallahassee and Panama City in Florida.

How you can help Operation BBQ Relief: The organization accepts volunteers who work on the ground during deployments and also in their warehouses, with fundraising and marketing efforts, and more. They also accept tax-deductible donations.

4. Matthew 25: Ministries: This international humanitarian aid and disaster relief organization helps the poor and those affected by disasters all over the world regardless of race, creed or political persuasion. According to the organization's Facebook page, they've already shipped 115,000 pounds of aid (food and other supplies) to those affected by Hurricane Michael. They go into the communities affected to distribute.

How you can help Matthew 25: Ministries: They accept tax-deductible donations, and they have a call out for specific items to be donated such as non-perishable food, first-aid items, cleaning supplies and more.

5. Mercy Chefs: This Virginia-based organization is on the ground in Florida serving thousands of professionally prepared, restaurant-quality meals to victims, volunteers and first responders. They have mobile kitchens that are self-sustaining and able to run in areas that have no power.

How you can help Mercy Chefs: They accept one-time or recurring tax-deductible donations.

Feeding Florida commissioned Mari Gallagher Research & Consulting Group (MG) – a firm with expertise in hunger, the economy, and statistical models – to conduct a COVID-19 employment disruption analysis at small geographic units across Florida as a pathway to understand and address the additional need for charitable feeding during this crisis.

Feeding Florida has received a $400,000 donation from the Florida Farm Bureau Insurance Companies (Florida Farm Bureau) to assist with getting Florida-grown fruits and vegetables to those affected by COVID-19. The donation will also support Florida farmers, who are struggling due to a decreased demand for their products as the hospitality and restaurant industry has primarily come to a halt statewide. Distribution will occur through Feeding Florida’s existing statewide network of 12- member food banks through the Farmers Feeding Florida program.

As a longtime and committed partner of the Florida Fruit & Vegetable Association, Feeding Florida’s network of food banks is working closely with Florida growers to deploy the necessary resources to recover and move food and supplies quickly and efficiently throughout the state to families in need.