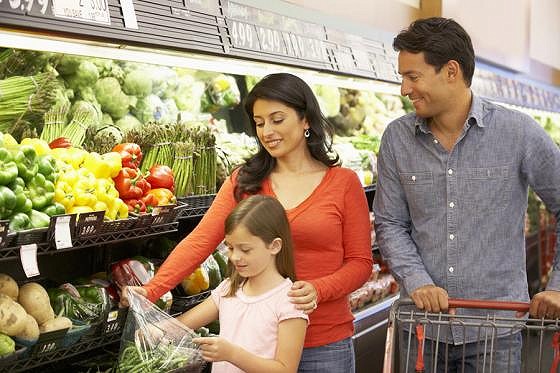 Eat more vegetables — the venerable advice from mothers is the main message to emerge from a new report, an analysis that could impact food retailers.

Despite decades of industry and public health efforts, America’s fruit and vegetable consumption continues to decline, according to newly released State of the Plate: America’s Fruit and Vegetable Consumption Trends research from the Produce for Better Health Foundation (PBH).

The research shows people are eating fruits and vegetables less frequently, down nearly 10% since 2004, when the PBH State of the Plate reporting began. The most significant contributors to this decline have been a 16% decrease in vegetable consumption frequency, followed by a 15% reduction in juice intake. In the past five years alone, overall consumption has declined by 3%, indicating the trend is worsening every year.

“It is no exaggeration that we are in the midst of a fruit and vegetable consumption crisis in our country. Further, this under consumption is not only pervasive among all age groups but it is also persistent,” said Wendy Reinhardt Kapsak, MS, RDN, president and CEO of Brentwood, Missouri-based PBH. “The PBH State of the Plate research report shows most Americans currently eat fruits and vegetables on just one occasion or less each day. A decline in fruit and vegetable eating occasions does not bode well for the future of fruit and vegetable intake and, most importantly, Americans’ health and happiness.”

The new report comes amid a rise in plant-based meat substitutes, along with efforts by grocers to win over and keep customers via marketing programs centered around health and nutrition. Earlier this year, in fact, the National Grocers Association (NGA) and FMI-The Food Industry Association released an open letter to food retailers, grocery wholesalers, national and state associations, and nutrition incentive program providers, requesting them to unite behind a new initiative to collaborate with point-of-sale system developers in creating retail transaction and reporting solutions for nutrition incentive programs.

Before that, in another example of those trends, north central Florida independent grocer Hitchcock’s Markets joined forces with the Fresh Access Bucks (FAB) program in the Sunshine State, part of the nonprofit Feeding Florida food bank network, to offer nutrition incentives in all but one of its stores. FAB partners with farmers markets to provide Supplemental Nutrition Assistance Program (SNAP) customers a discount on fruits and vegetables with funding from the U.S. Department of Agriculture National Institute of Food and Agriculture. Hitchcock’s became the program’s first independent grocer participant.

But according to the report, more work is needed to promote vegetable consumption.

“We were already long falling behind in our consumption goals, but much of this new data is especially striking considering we are also in the midst of a worsening obesity epidemic as well as a global pandemic in which consuming foods that support our immune system like fruits and vegetables is even more critical,” Reinhardt Kapsak added. “Research continues to show that eating more fruits and vegetables is the single most important action people can take for better health and happiness. Yet, we’re clearly failing Americans in making this action easy and enjoyable, given the continued decline in consumption. The time is now to rethink and reimagine how we improve fruit and vegetable consumption in America.”

MORE FINDINGS FROM THE REPORT

The report also found that:

· Vegetable intake has decreased in five out of eight age groups. Older adults (50+ years) are leading the way in declines, a particular concern as they typically eat the most vegetables.

· Older millennials are slacking, declining in fruit and vegetable eating occasions and trending higher than other age groups in not eating fruits.

· Fruit consumption is down among kids. Older millennials are in their peak parenting years, and their behaviors may be affecting their families. In fact, children 1-3 years old have shown a significant decline in fruit consumption. Intake is also down in children 4-8 years old, which is especially alarming because young children are typically among the highest fruit consumers.

· Juice intake has declined. Consumption of juice is down among all age groups and to the greatest extent in young children. This is particularly topical as the new federal Dietary Guidelines for Americans, released in December, calls out the alarming shortfall in American produce consumption and includes 100% fruit and vegetable juices as options for meeting recommendations.

· Handy, simple veggies are increasing. Potatoes, salads, avocados, tomato sauce/paste and salsa have been increasing as go-to veggies over the past five years.

· One-fourth of vegetables are consumed through dining out. People of all ages get a sizable portion of their veggie intake dining out, via fast food, casual dining, cafeterias, delivery and/or other means. With people working more from home and preparing more meals at home, this creates concern that veggie eating may continue to drop.

Tucked up next to a historic church, now in disrepair, and sandwiched between a towering residential building and a sprawling concrete parking lot, Meacham Urban Farms is in an unsuspecting site. Its mere 2 acres are sprawling with edible diversity.

“When we impact food security of families and communities such as access, affordability and awareness, we help mitigate associated costly issues, which can be detrimental to health, development, and well-being." said Velma Monteiro-Tribble, Senior Director, Community Investments at Florida Blue Foundation.